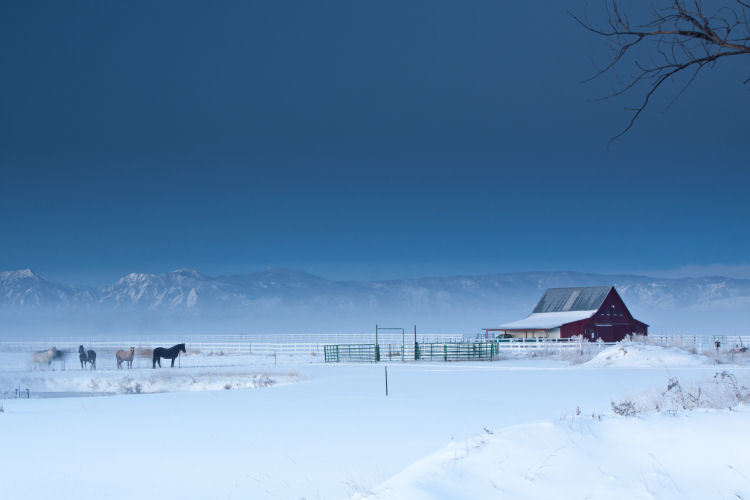 You can’t read the ending of Little Britches: Father and I Were Ranchers without also feeling compelled to read Man of the Family. But if you’ve only ever read Little Britches, we highly recommend reading Man of the Family, as well. There are so many unresolved questions at the end of the first book that the reader longs to know what becomes of the Moody family. Fortunately, Ralph wrote an entire series to answer all of those questions!

The second book offers a revealing glimpse into the life of a family that has lost a loved one and must pull together to survive. We see all of them grow – not just Ralph.  We also see the family’s relationships with one another strengthen in the face of their tragedy.

If you haven't read any of Ralph Moody's books, but have younger children who did enjoy Farm Stories, Ox-Cart Man, or any other stories about horses and homesteading, you may want to look into reading both Little Britches and Man of the Family at some point in the future.

Man of the Family has a markedly different tone than Little Britches since it addresses how the family moves forward after the death of their father. In many ways it is a much more somber story. Although Ralph was only 11 years old when his father died, his mother comes to him in confidence after the funeral, and tells Ralph that he is now the man of the family. Ralph begins to behave in accordance with this responsibility, despite his young age and despite the challenge of providing for his many siblings and mother.

One of the most interesting aspects of this second book is to see how enterprising the entire Moody clan is. Ralph sets up a number of business ventures both independently and with the help of his siblings. These businesses include recruiting his schoolmates to help him herd cattle, building stilts for himself and his younger siblings so that they are all tall enough to pick fruit from cherry trees, selling Christmas trees, breeding rabbits, hauling railroad ties, selling fresh milk and their mother’s New England cookery, and even riding in cow horse races!

When Ralph first learns that his mother needs him to live at home (meaning he can no longer work during the summers at the Y-B ranch with his cowboy friends), he feels disappointment, but he is extremely inventive in seeking out other ways to make a living for his family. The family even goes into a lucrative curtain laundering business for a Denver hotel together!

Ralph and his sister Grace, who is ​two years older, undertake many of these projects together without involving their mother, in hopes of quietly helping her out. Of course Little Britches still finds time to enjoy himself, but the focus of his life has shifted away from riding horses for pleasure to supporting his family. He grows up in this book, and becomes, as the title suggests, the man of the family.

As his siblings also grow up, we see more of them than we did in the first book and see Ralph act as a kind of father figure to them, passing on the very skills his father taught him.

The Moody’s place in their community

We also see in this book just how beloved the Moody family is by their community. After Mr. Moody dies, all of their neighbors go out of their way to help them out, whether that be loaning them a purebred milk cow, or the shopkeeper throwing in some of his finest cuts of meat with the rest of their groceries as “a gift for the dog.”

Ralph takes to heart the lessons his father taught him before he died, and begins to live and work in accordance with those principles. This means that he gives each man he works for his money’s worth, always stands “above board,” and tells the truth.

One of the things Ralph Moody does particularly well is to address moral dilemmas in a way that doesn’t feel heavy-handed. Like most of us, Ralph is far from perfect. In the first book, we saw him lie to his father and witnessed the conversation that ensued between them afterward about our house of character. In the second book, he becomes frustrated and raises his voice at his mother. She lets him finish, then gently reminds him that his father never raised his voice at her. Ralph is quick to take note, vows never to do this again and keeps his word.

Later in this book, Ralph encounters a dilemma about whether or not to stretch out a job for several more hours, because he believes the job is worth the extra wages. But in the end he remembers what his father taught him and makes the right decision.

Although Ralph frequently feels pulled in different directions and even tempted, he has been given the tools to make the right and moral choice. Best of all, he exposes us to his thought processes as he struggles. I think that showing children examples of how people work through moral dilemmas (of whatever magnitude) is important, and this book does just that in a warm and good-humored sort of way.

Their family is also one of a deep faith. From the very opening of the first book, we see them place their trust in God whenever they encounter difficulties. No matter how dire their situation seems, they always find that God provides for them in unexpected ways. The morality that is so integral to their family’s ethos is rooted in their religious beliefs and experiences, which they refer to frequently throughout the series.

Do you have a favorite example of a literary character who strives to live by principle and/or live by faith? Please let us know in a comment below! 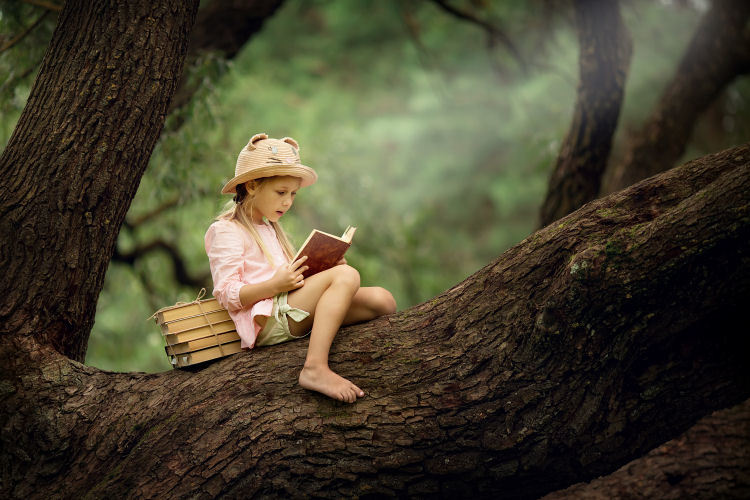 What Was the First Book You Remember Falling in Love with?

In the past we’ve written about books that we’ve read and loved as children. Today, however, we’re hoping that you all, our readers, will share some of your favorite memories of reading with us!

So, without further ado, do you remember what book it was that you first fell in love with? What memories do you have of reading it for the first time?

Was it one of the first books you were able to select for yourself at the library? What about the first book you read independently? Perhaps it was a book you read as a child that changed the course of your life. Maybe you had a beloved teacher or relative whom you remember reading aloud to you, or maybe you remember staying up late with a flashlight to keep reading under the covers in secret. Maybe you even read a favorite book for the first time by candlelight during a power outage!

Whatever it was, we would love to hear the title of the book you first fell in love with, and what you most remember about reading it. Please let us know in a comment below — we can’t wait to hear from you!