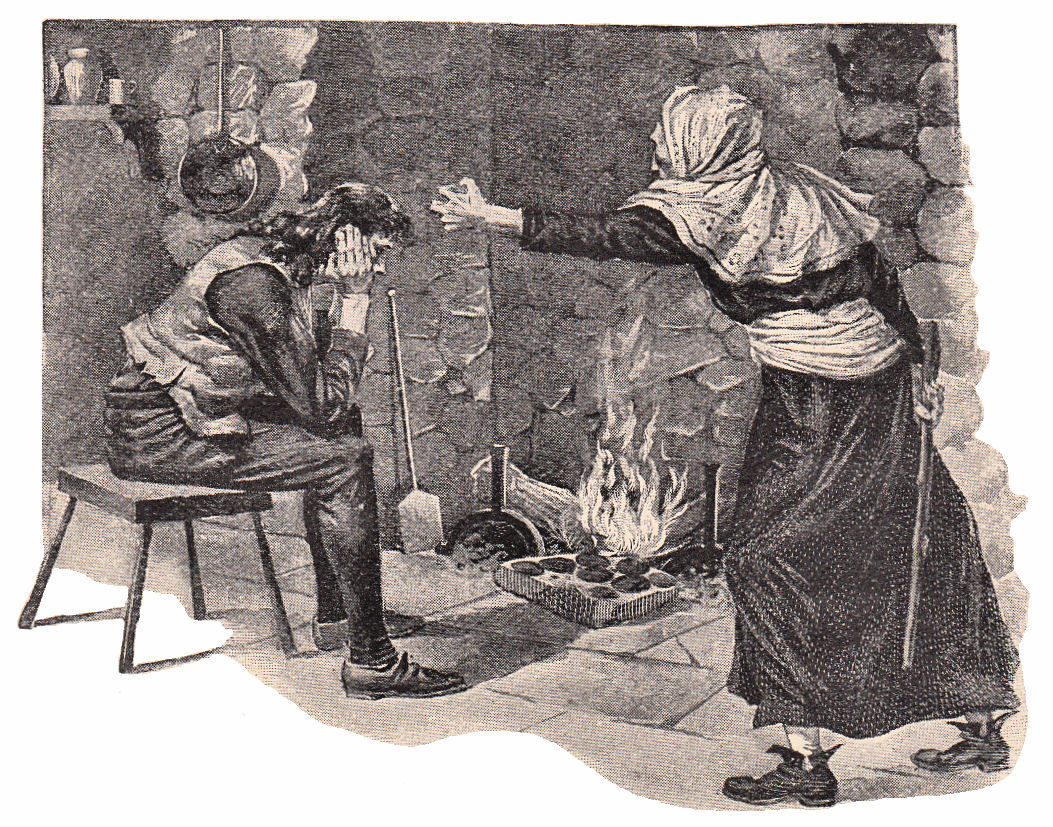 ​“It is a great thing to possess a pageant of history in the background of one’s thoughts.”​

​We recommend that you start introducing historical figures to your child around the age of six through short anecdotes of their daring adventures, vividly told. As your young listener travels with Daniel Boone across the Kentucky mountains, holds the bridge with Horatius, attends a tournament with Richard the Lion-Hearted, paddles down the Mississippi with Marquette, or steams up the Hudson with Fulton, he becomes the comrade of great adventurers, the interested spectator of great deeds.

​Start of a  Pageant of History

All the while he is storing images in his mind of these figures who have played their parts on the world's stage and forging connections with them that may last a lifetime.

Here is a story of the type you might employ for this purpose . . .

​ONE day King Philip bought a fine horse called Bucephalus. He was a noble animal, and the king paid a very high price for him. But he was wild and savage, and no man could mount him, or do anything at all with him.

They tried to whip him, but that only made him worse. At last the king bade his servants take him away.

"It is a pity to ruin so fine a horse as that," said Alexander, the king's young son. "Those men do not know how to treat him."

"Perhaps you can do better than they," said his father scornfully.

"I know," said Alexander, "that, if you would only give me leave to try, I could manage this horse better than any one else."

"And if you fail to do so, what then?" asked Philip.

"I will pay you the price of the horse," said the lad.

While everybody was laughing, Alexander ran up to Bucephalus, and turned his head toward the sun. He had noticed that the horse was afraid of his own shadow.

He then spoke gently to the horse, and patted him with his hand. When he had quieted him a little, he made a quick spring, and leaped upon the horse's back.

Everybody expected to see the boy killed outright. But he kept his place, and let the horse run as fast as he would. By and by, when Bucephalus had become tired, Alexander reined him in, and rode back to the place where his father was standing.

All the men who were there shouted when they saw that the boy had proved himself to be the master of the horse.

He leaped to the ground, and his father ran and kissed him.

"My son," said the king, "Macedon is too small a place for you. You must seek a larger kingdom that will be worthy of you."

After that, Alexander and Bucephalus were the best of friends. They were said to be always together, for when one of them was seen, the other was sure to be not far away. But the horse would never allow any one to mount him but his master.

Alexander became the most famous king and warrior that was ever known; and for that reason he is always called Alexander the Great. Bucephalus carried him through many countries and in many fierce battles, and more than once did he save his master's life.

​What is your reaction?

Doesn't the strong opening at the beginning grab your attention? Aren't you eager to find out what happens? Won't your child be as well?

Don't you imagine that he will wonder what the future has in store for Alexander after this incident and his father's ​suggestion that he seek a larger kingdom?

With a story this vivid your child may spontaneously retell it. If not, you may want to gently encourage him to share it with a family member not present for the initial reading. It is surprising how powerful the act of narration can be. In fact, Karen Glass has written a whole book about it, Know and Tell: The Art of Narration.

In the simple act of narrating the story, the child selects the details most significant to him, and in the process of putting the story into his own words, moves it into his long-term memory.

The next time ​the young listener encounters Alexander he will likely greet him as an old friend, and expand his understanding of him based on the new context he finds him in. At this point his interest may be aroused enough to seek additional reading material, more so if he has become an independent reader in the interim.

Where can I find more stories of this sort?

The story above comes from James Baldwin's Fifty Famous Stories Retold. ​This title ​together with its sequel, Fifty Famous People, contain one hundred episodes in the lives of well-known heroes and famous men. Most are historical figures, a few are legendary, but "nearly all are the subjects of frequent allusions in poetry and prose and in the conversation of educated people," according to author James Baldwin.  Nearly all have their roots in Europe.

In contrast, Stories of Great Americans for Little Americans by Edward Eggleston, focuses exclusively on American historical ​figures​.  There are several stories each for some of the characters, including Franklin, Washington, and Audubon.

​What ages ​are these stories good for?

​All three titles listed above were originally published over a hundred years ago as textbooks for a second grade audience. ​Checking the text against modern readability formulas, though, ​yielded a third grade reading level for the Eggleston book and a fifth grade reading level for the Baldwin books. ​All can be used with younger children as read-alouds and with older learners (including adults) who want easy-to-read stories as an introduction to historical figures. I count myself in the latter category, with many years of Social Studies under my belt, but little knowledge of history to show for it.

​One more thing, William Bennett thought enough of Fifty Famous Stories Retold and Fifty Famous People to include a dozen or so stories from these ​volumes in The Book of Virtues, a book with appeal for all ages.

​Not only do these short accounts of historical characters appeal to the child's imagination and love of adventure, but they lay the groundwork for further historical inquiry, and furnish background knowledge that enhance his appreciation of other cultural offerings. He may meet the historical figure in literature or encounter allusions in the media, view representations in art museums or in dramatic productions. But if he has been deprived of his rightful heritage and knows nothing about these personages or the part they played in the history of the world, his experience, not being as rich as it might be, will be diminished. 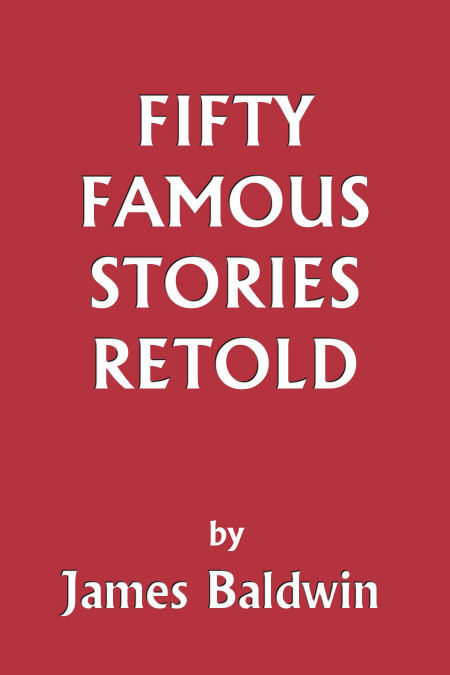 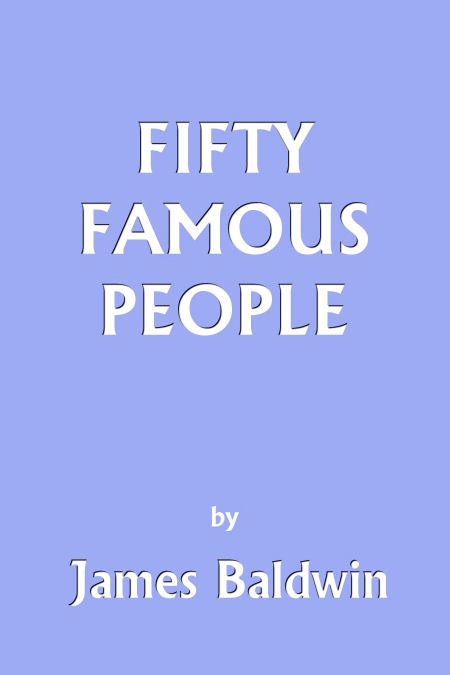 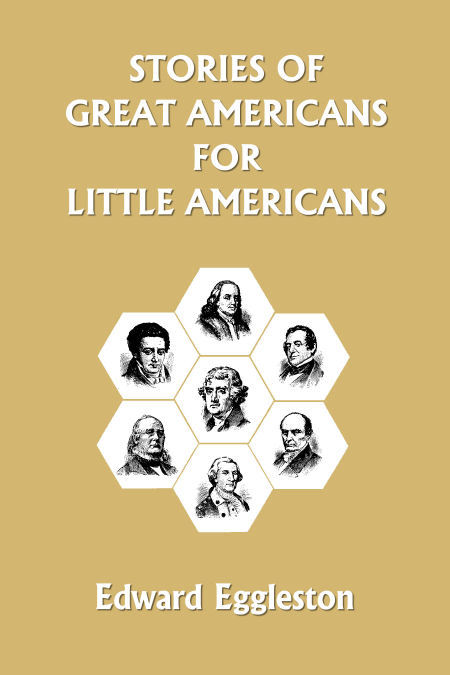 Stories of Great Americans for Little Americans
by Edward Eggleston

​Get access to the ebook editions of ​​Fifty Famous Stories Retold, Fifty Famous People, and ​Stories of Great Americans for Little Americans by purchasing the Yesterday's Classics Ebook Treasury, Volume 1