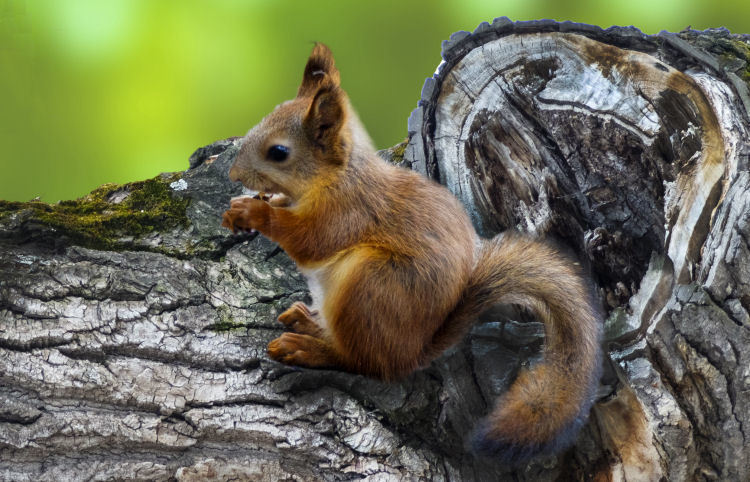 ​This on-going series – Introducing Chapter Books – is intended to highlight books that are ideal for families who are just beginning to read chapter books aloud with their children. In our experience we have found that children are typically ready to undertake the challenge of listening to stories without illustrations on each page around age five, and all of the books mentioned in this series have been selected with this age and purpose in mind. A later series will discuss books to use when your child is transitioning to reading chapter books independently.

​Arousing your child’s interest in the out-of-doors

Each volume includes more than a dozen stories of animals that serve as a representative sample of its inhabitants. In a typical chapter in each of these books, the author sets the stage and introduces the animal characters, then lets the story unfold through the conversations the creatures have with each other, or thoughts they voice to themselves, with only an occasional explanation inserted by the author. The conversations are engaging and full of good humor, with much information shared in a friendly way.

As the animals are recounting why they act the way they do, or what functions their various body parts serve, the listener absorbs many details about animal behavior and physiology. It may be a hen explaining to her chick that he ​must ingest gravel to grind the grain he eats or an earthworm asserting that it is ​best to live in the earth because it is warm in winter and cool in summer. 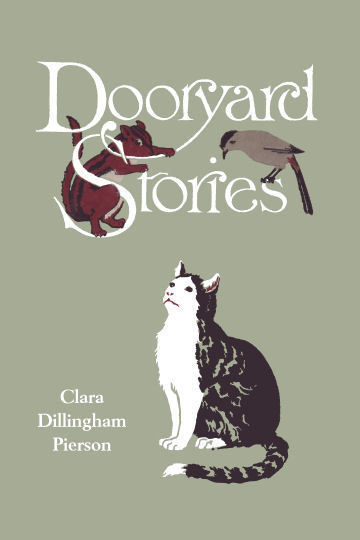 ​​Around the dooryard nest all sorts of birds, including flickers, robins, sparrows, wrens, swifts, and blackbirds. These stories convey some of the drama that arises in the garden as birds go about the business of building nests and raising young. The author’s cat Silvertip figures in a number of the narratives as do a number of other mammals and insects. Invites children to ‘see how many tiny neighbors you have around you, and how much you can learn about them.’   Ages 5-7

Many of the chapters focus on the forming of a family group ─ pairing off, building nests, raising young ─ with the story turning on a problem that arises in the course of those activities. It may involve differing views on where a nest should be placed, or what to do when their offspring test boundaries or quarrel among themselves. Children will likely recognize that similar forces are at work in animal families as those they experience growing up among their brothers and sisters. Other stories deal with the introduction of a new inhabitant into a well-established community and the disruption that may bring ─ a newly-arrived peacock full of pride in his appearance, for example, or a mole disagreeable to all. Good behavior is always encouraged. All stories are concluded in a satisfactory way, with a gentle moral, implicit, but seldom expressed. 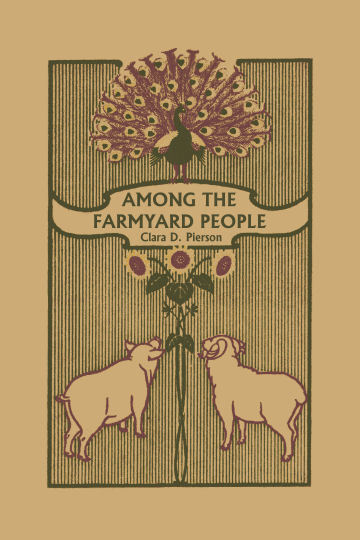 Among the ​Farmyard People

​​Introduces young children to the animals of the farmyard through a series of engaging stories about the sheep, chickens, cows, and horses that live there. With new animals arriving regularly, we make the acquaintance also of a pig and a peacock, as well as some ducks and guinea fowls. Each story closes with a gentle moral, inspiring children to ​good behavior.   Ages 5-7

The longer chapters in these books, written at about the 4th grade reading level, will stretch your child’s capacity for listening. Frequent use of conversation in the story will help to keep children engaged to the end.

With only a few illustrations in each volume, listeners will have to rely on their imaginations to form pictures of the animals and scenes described. 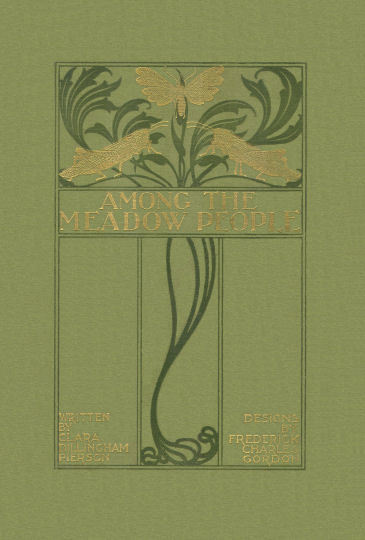 Among the ​Meadow People

​Delightful stories of field life for young children, relating incidents in the lives of birds, insects, and other small creatures who make the meadow their home. Each chapter features the story of one animal in its daily activities and interactions with the other animals inhabiting the meadow.Ages 5-7

​Stimulating desire to find out more

Hearing about all kinds of different animals, children will wonder which of these animals live where they do. Can they see them? Can they hear them? Can they observe them closely to find out more? Their firsthand observations may lead them in turn to want to read more about the animals they studied.

Adults can further development of their child’s interests in the out-of-doors first by offering more outside time to their charges and then by locating additional reading material that matches their interests. 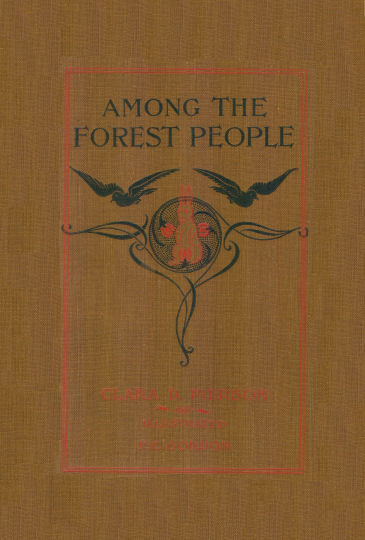 Among the ​Forest People

​​A charming series of nature stories for young children, including tales of red squirrels, great horned owls, rattlesnakes, and bats. No one can read these realistic conversations of the little creatures of the wood without being most tenderly drawn toward them. Within the context of each story children learn many interesting facts about the lives and habits of these little people of the forest.Ages 5-7

​Use of naturalists’ books

According to Charlotte Mason, “The real use of naturalists’ books at this stage is to give the child delightful glimpses into world of wonders he lives in, to reveal the sorts of things to be seen by curious eyes, and fill him with desires to make discoveries for himself.” (Home Education, p. 62) 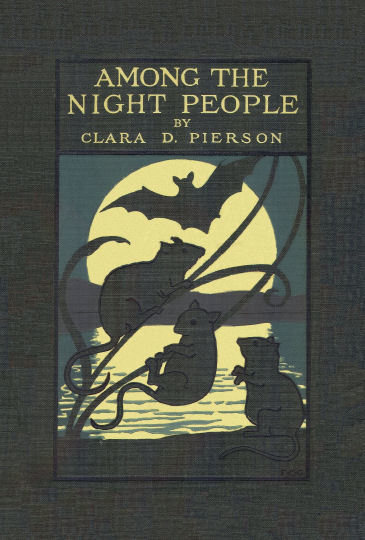 Among the ​Night People

​​Stories of animals of the night for young children, relating the activities of raccoons, skunks, moths, foxes, fireflies, and weasels. Since we can’t understand animal language, the author depicts the animals talking to each other in English, but she does it so skillfully that you can imagine that they are using their own ways of communicating through voice and gesture.   Ages 5-7

​What to read first 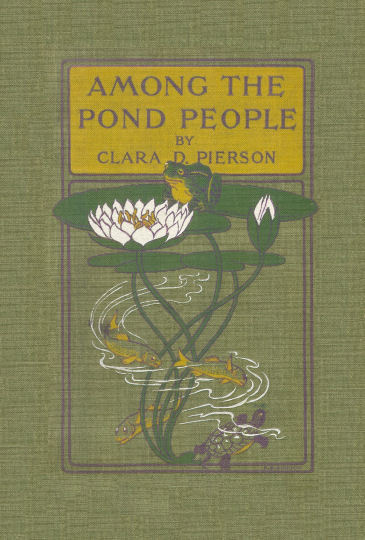 Among the Pond People

​Presents the adventures of Mother Eel, the Playful Muskrat, the Snappy Snapping Turtle, and the other Pond People. These stories are full of humor, yet cleverly convey information about the frogs, minnows, and other pond residents and often suggest a moral in a delicate manner which no child could resist. Ages 5-7

Fifty years ago informational books written in a narrative style used to be commonly available in public libraries. That is no longer the case. Most informational books published today rely heavily on large color illustrations with only snippets of text as captions to the illustrations. We recommend that you save these for use ​after introducing your children to animals through stories written in a narrative style and observing them personally.

Lastly, we’re curious to learn more about how older children use the Pierson books in their independent reading. If your family has any experience with this, please let us know by leaving a comment below.

Among the Forest People by Clara Dillingham Pierson

​Get access to the ebook editions of ​Among the Meadow People, Among the Forest People, and ​Among the Pond People by purchasing the Yesterday’s Classics Ebook Treasury, Volume 1

Among the Farmyard People by Clara Dillingham Pierson

​Get access to the ebook editions of ​Among the Night People, Among the Farmyard People, and ​Dooryard Stories by purchasing the Yesterday’s Classics Ebook Treasury, Volume 1