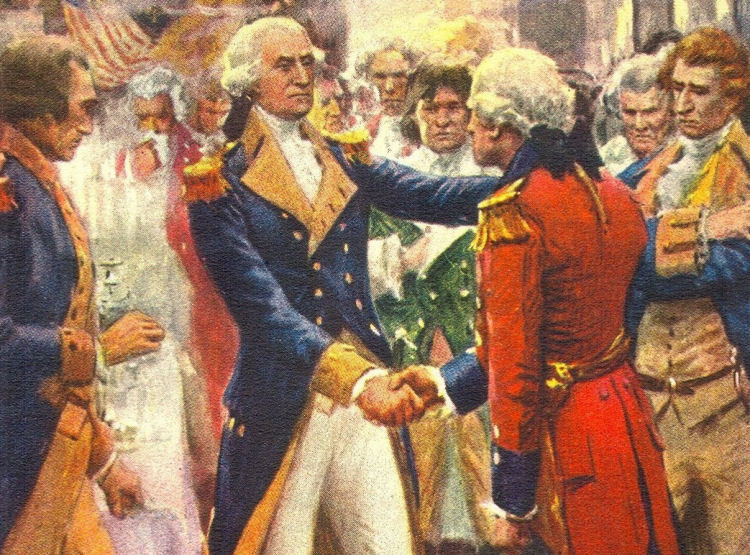 To commemorate President’s Day, as well as the birthdays of George Washington and Abraham Lincoln, we will feature two speeches delivered by these two former presidents on the blog this week. The first speech is Washington’s “Farewell Address,” first published on September 19th, 1796, and the second is “On the Perpetuation of Our Political Institutions” (often referred to as the “Lyceum Address”) delivered by Abraham Lincoln on January 27th, 1838 in Springfield, Illinois.

A little over 222 years ago, George Washington made the decision not to seek a 3rd term in office and his famous Farewell Address was published in a Philadelphia newspaper. It was a letter of valediction to the American people at that time, and one that remains a rich and forceful document, filled with counsel that is as relevant today as it was in the 18th century; in his own words, President Washington offers “the disinterested warnings of a parting friend.” As a founding father and the unanimously elected president of the Constitutional Convention of 1787, George Washington was well acquainted with the perils facing the American nation, and many scholars have noted how eerily accurate his predictions have turned out to be.

Perhaps some of you have read his Address in your History classes, and maybe even with your own children or students. If your children have not yet read this Address, however, I encourage you to share it with them once they are of a suitable age (depending on the individual, 13+). George Washington’s circumspection here is an example of statesmanship at its finest. His civic duty was one he regarded with the utmost seriousness, and throughout each and every line of this letter, Washington’s love for his country rings out.

Reading the writings and speeches of early American statesmen is without doubt one of the most effective ways to acquaint any young person with traditional American values and both the content and the import of our constitution, not to mention an excellent way to expose them to exemplary rhetoric. Any serious study of our founding documents is also likely to inspire in the reader a deepened love of country, an appreciation for the care and introspection with which the constitution was crafted, and an aspiration to be a better, more thoughtful citizen. In Federalist 51, Madison asks, “what is government itself, but the greatest of all reflections on human nature”? Through studying our government, we learn about ourselves; we are forced to admit our flaws – individual and collective – and work to correct them. Being an engaged citizen is a continual challenge, but it is also an endlessly rewarding and noble one.

In recommending this speech, I am reminded of an admonition a former professor of mine once gave to a hall of college freshman. He said (and I am paraphrasing), “The Great Books – the U.S. Constitution, the Bible, Plato’s dialogues, etc. – do not bend to human desires. They were not designed to please us, and we do not get to decide whether or not they are good enough for us and for our opinions. Instead, we must work to be good enough for them; we must rise to meet the standard they set.” In this Address, President Washington offers insight into how we may continue the work of rising to meet the standard of our constitution, how we may better strive as a people to be good enough for it.

Lastly, if you have the desire and opportunity to discuss the Farewell Address either in a classroom or at home, the following are some questions that you might use to guide your conversation. (You could have students write about one or more of these questions, as well.)