You may know Ruth Sawyer as author of the Newbery Award winning Roller Skates, but did you know that she also has to her credit three outstanding collections of Christmas stories for children? Well, let us introduce you to them and tell you how she came to write them.

As a child Ruth was lucky, indeed, to have as nurse Johanna who hailed from County Donegal in Ireland─Johanna, a gifted storyteller who told Ruth one story after another all the year long. “From her,” Sawyer says, “I got my love of listening and telling stories─and finally of writing them down.” Later when she was in her early twenties, she took up the study of folklore and storytelling at Columbia. Then she followed up her undergraduate studies with a couple of years of practical experience telling stories all over the city of New York to audiences of various ages and nationalities.

Throughout her life, Ruth took advantage of every opportunity to collect stories, first in Ireland and much later in Spain. In The Way of the Storyteller, Sawyer asserts, “The art of storytelling lies within the storyteller, to be searched for, drawn out, made to grow.” Next Ruth goes on to enumerate critical factors in the development of a storyteller─experience, the building of background, the power of creative imagination, and the art of selection─all capacities she developed to an extraordinary degree in becoming a master storyteller.

The beginnings of This Way to Christmas

Each phase of the story development process is illustrated in her shaping of The Voyage of the Wee Red Cap. To craft this story, Ruth first collected the story of a miserly chap by the name of Teig and his Christmas Eve adventure from a “drab and dirty tinker” at a crossroads in Donegal. Secondly, after refashioning it in her own words, she tested it by telling it to a room full of immigrant children at a branch of the New York Public Library. Then, lastly, only after making revisions based on her experience in telling the tale, did she prepare the story for publication.

The first collection of Christmas stories 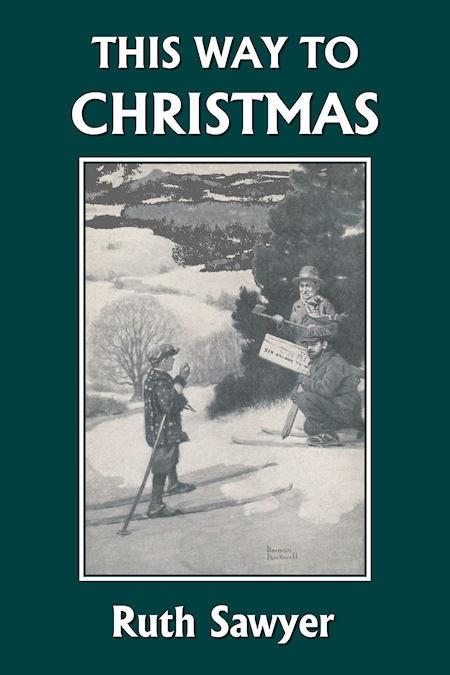 She later included this tale in her 1916 book, This Way to Christmas, as one of the six Christmas stories set within the narrative. This Way to Christmas features an especially lonesome boy named David who is stranded in upstate New York with just seven days to go until Christmas. But with no prospect of a Christmas celebration in sight, he still comes up with an ingenious way to bring Christmas to himself and to the equally lonesome inhabitants of his small mountain community, all of whom were also spending the winter far from home.

While visiting each in turn, David befriends his neighbors and delights in hearing the Christmas stories they share with him, stories they heard in their homelands long ago. He then invites them all to a festive celebration, erecting signposts that read This Way to Christmas. Through his efforts he brings all the neighbors of different nationalities together, forging relationships that will outlast the holiday season and sending a message of hope to a war-torn world.

Stories in This Way to Christmas

Gifts for the First Birthday

The Christmas That Was Nearly Lost

Another book of Christmas stories 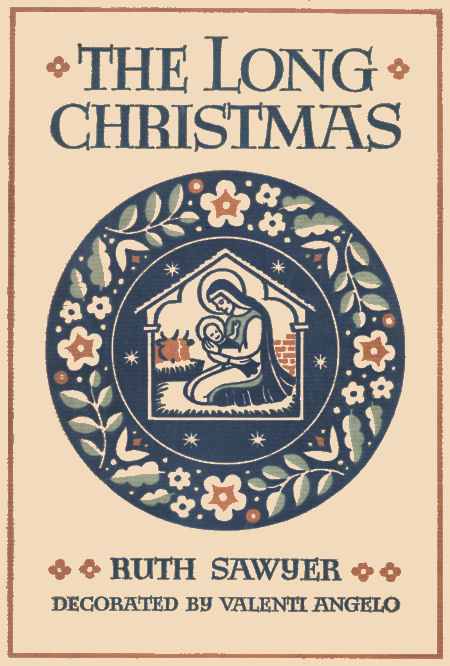 Ruth Sawyer continued to collect stories in like manner and in 1941 published The Long Christmas. She chose the stories for this book “to lengthen the season, as many did in olden times, to last from the first cock-crow on Saint Thomas’s Day to the blessing of the candles on Candlemas.” And so she provides a story or two for each phase of the Long Christmas, pairing every story with a song, poem, or carol that complements it. In all, there are thirteen stories, most with origins in the Old World.

Stories in The Long Christmas

The Gold of Bernardino

The Wee Christmas Cabin of Carn-na-ween

A Candle for St. Bridget

The Feast of Fools

Christmas as a state of mind

Publishing The Long Christmas in the shadow of World War II, Ruth Sawyer writes of her vision of Christmas in her Introduction, “Never before within our memory has it seemed so important to keep the Long Christmas; to begin early enough and hold to the festival long enough to feel the deep, moving significance of it. For Christmas is a state of mind quite as much as a festival; and who can establish and maintain a state of mind in the rush and turmoil of a single day, or two days?”

She then continued by writing, “Around no other time of year has been built so much of faith, of beauty. Out of no other festival have grown so many legends. It is a time when man walks abroad in the full stature of his humanity and in the true image of God. He walks with grace, with laughter, and a great awareness of brotherhood. This bringing of the world together to worship at the manger brings kings and cooks to be in good fellowship, makes children and their grandsires to be of one age, makes witty men of fools and fools of scholars. And who is there to foretell to whom the star may appear?”

Christmas stories from around the world 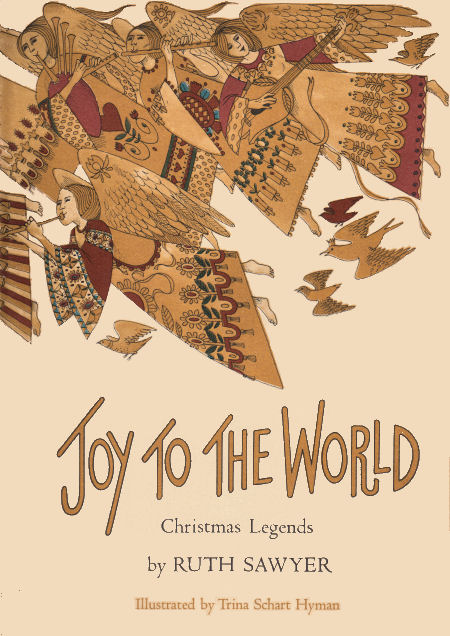 Sawyer’s third anthology of Christmas stories, Joy to the World: Christmas Legends, is the only one of the three not to have been published in war time. For this book, Sawyer gathered together six stories from Ancient Araby, Serbia, Ireland, and Spain, introducing each with a carol, and all decorated with striking illustrations in black and shades of gold by Trina Schart Hyman. In this collection, our favorite story is What the Three Kings Brought, a personal story from her year in Spain in which Sawyer herself plays an especially important role.

Stories in Joy to the World

This Is the Christmas

The Precious Herbs of Christmas

What the Three Kings Brought

San Froilan of the Wilderness

The Miracle of Saint Cumgall

Purchase a print edition of This Way to Christmas at Amazon​

Purchase a print edition of The Long Christmas at AddALL.

Purchase a print edition of Joy to the World at AddALL.