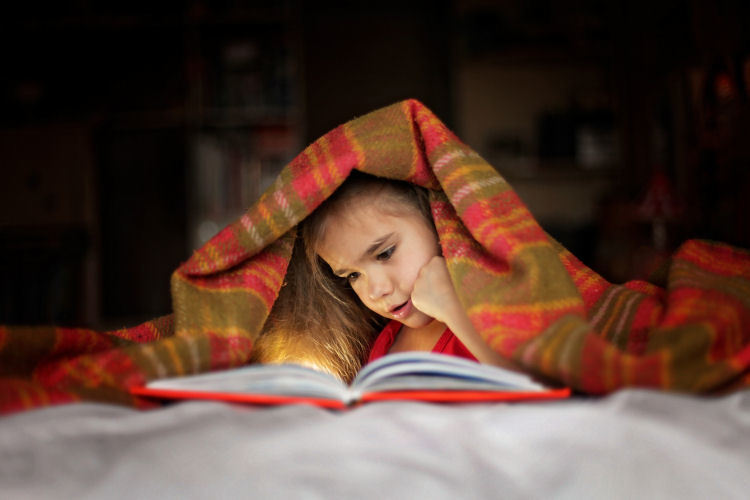 When I think of books that defined my childhood, the Betsy-Tacy series books are the first to come to mind. As I was growing up, I read them more times than I can count. I loved these books with all of my heart then, and to this day, I still enjoy reading them!

The series is about a young girl named Betsy, and her bashful, redheaded friend Tacy. The girls meet when Tacy’s family moves into the house across the street from Betsy’s family. Betsy is excited to discover that Tacy is exactly Betsy’s age, although Tacy initially refuses to speak to her due to bashfulness. But the girls befriend one another at Betsy’s 5th birthday party and soon become inseparable.  Together they share the difficulties and joys of growing up, going on countless adventures – both real and imagined.

The books are set around the turn of the 20th century in the small Minnesota town of “Deep Valley.” The series then follows Betsy throughout her adolescence and concludes during World War I with Betsy’s first year of marriage.

In total, there are 13 books in the Betsy-Tacy series. Maud Hart Lovelace wrote 10 books that center on Betsy, and 3 more that focus on other Deep Valley characters. As the series progresses, the reading level of the books also advances, so a child can read about Betsy and Tacy growing up as they themselves are maturing (which is just what I did and recommend). Apparently Maud Hart Lovelace told these stories to her daughter at bedtime before turning them into books. As her daughter grew older, so did Betsy and Tacy. Over time, the two developed into fuller characters, and their stories became more involved.

The magic of Deep Valley

As a child, these books felt magical to me. Deep Valley seemed like an ideal place to grow up, and Betsy Ray’s “crowd” felt like the sort of friends that anyone would be lucky to have. There was such richness in Betsy’s experience of the world. I loved that Betsy and Tacy played dress up and with paper dolls, just like me. I also loved reading about the many ways in which their lives differed from mine.

In the winter, they would ice-skate on a frozen pond together, and throughout the year, they regularly congregated in living rooms to gather round the piano and sing. When Betsy was in high school, she and her friends would even roll up the living room carpet to hold “dances.” The activities they engaged in weren’t extravagant, but they always seemed celebratory, imaginative, and full of merriment. A strong sense of community is also a constant current throughout the series.

Betsy as an “authoress”

Throughout the series, Betsy aspires to be an author, or “authoress.” As a child, she scribbles short stories and plays that she keeps in an old cigar box. And just like in Little Women, Betsy puts on performances of her plays, recruiting neighborhood children to take part in them.

Betsy also grows up reading classics like Ivanhoe and Don Quixote. Familiarity with great literature is a given in her family, with references to books and poems appearing throughout the series. The world of Deep Valley, particularly in the Ray household, is a place where books and ideas matter.

Betsy’s whole family supports her in her writing and takes great pride in her work. Her mother prepared a writing desk as a special surprise for her, and her father encourages her to establish a regular habit of going to the town library to continue her literary education. In high school, Betsy competes each year in the high school’s essay contest, which is both an honor and a responsibility she treats very seriously. As a child who also wanted to grow up to be an author, I loved reading about Betsy’s relationship with literature and watching it deepen as she matured.

A love for music and art

Another aspect of this series that I especially appreciate is the emphasis Maud Hart Lovelace places on music and the arts. Music plays a very important role in Betsy’s family. She and her two sisters all learn to play the piano at a young age, with both parents encouraging their musical talents.

Betsy’s older sister Julia has an exquisite voice and takes singing lessons, eventually becoming a professional opera singer in her adulthood. As a teenager, Julia took occasional trips to the Twin Cities to go to the opera with her mother, and eagerly devoured new musical scores whenever she can get her hands on them. All of Betsy and Julia’s friends seem to love music, as well, regularly singing in groups at social gatherings. Betsy’s parents also frequent the theater and model an appreciation of the arts for their daughters.

Despite the smallness of the town, or perhaps because of it, there’s a tremendous value placed on art as an important means of enriching our lives throughout the entire series.

The first book, Betsy-Tacy, could be read by children ages 5-8, either as a read-aloud or independently, depending on the child’s age and individual ability. I recommend reading at least Betsy-Tacy aloud in order to give the child a sense of the style and to familiarize them with the Deep Valley and its characters, and perhaps also Betsy-Tacy and Tib, the next book in the series.

Betsy-Tacy and Tib is appropriate for a slightly older child, somewhere in the range of 6-10 years old. Betsy and Tacy Go Over the Big Hill and Betsy and Tacy Go Downtown could be read by children ages 8-12 and 10-13, respectively. The remainder of the books are generally ideal for children ages 12-18, although the final two books of the series are about Betsy’s adulthood, travels in Europe during World War I, and the first year of her marriage, so an older reader might appreciate them more than a younger one.

Giving a child ownership of their reading

When I initially began to read the Betsy-Tacy series, we had the first 2 or 3 books at home, and then I slowly collected the remainder of the series over time. It was always exciting to go into a bookstore or library sale and look to see whether or not they had the next book in the series. Our local library also had several, which I checked out to read at home.

For me, the process of hunting for each new book definitely generated a lot of excitement, so even though you can now purchase all of the books from Amazon at a single go, I definitely recommend encouraging your child to look for them for themselves at libraries or at book sales. It’s a great way to give them some ownership of their reading habits.

Have you ever read any of the Betsy-Tacy books? Please leave us a comment below telling us about your favorite memory of these stories! 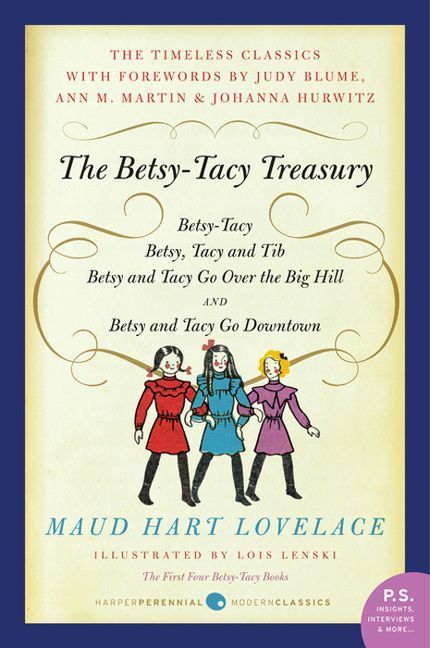 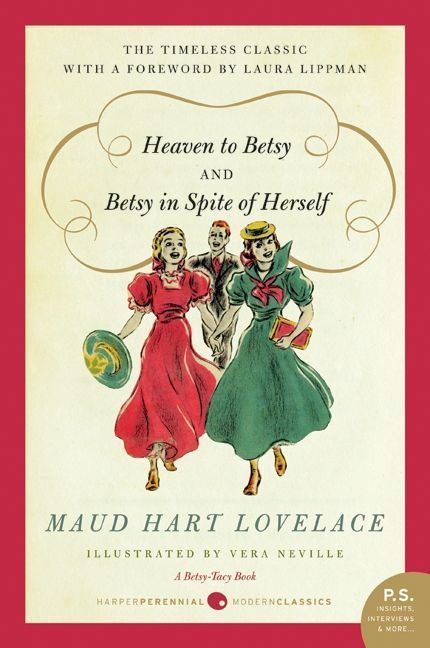 Heaven to Betsy & Betsy in Spite of Herself

Betsy Was a Junior & Betsy and Joe 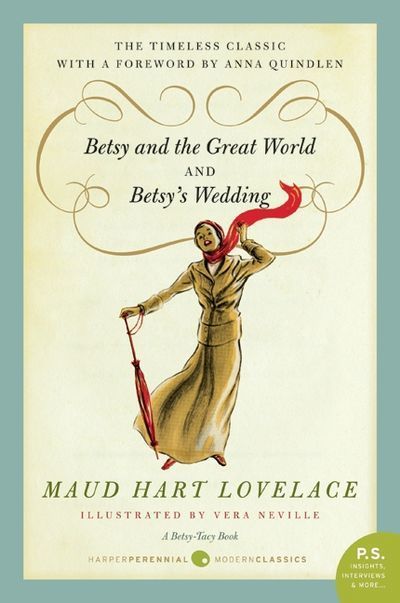 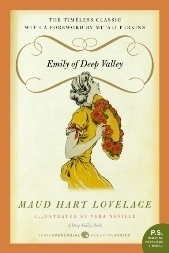 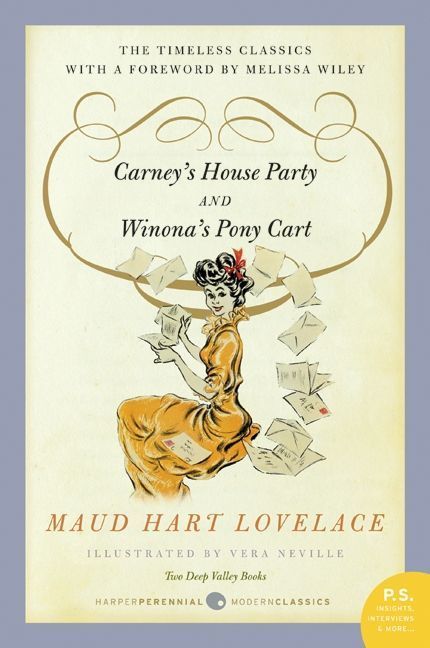