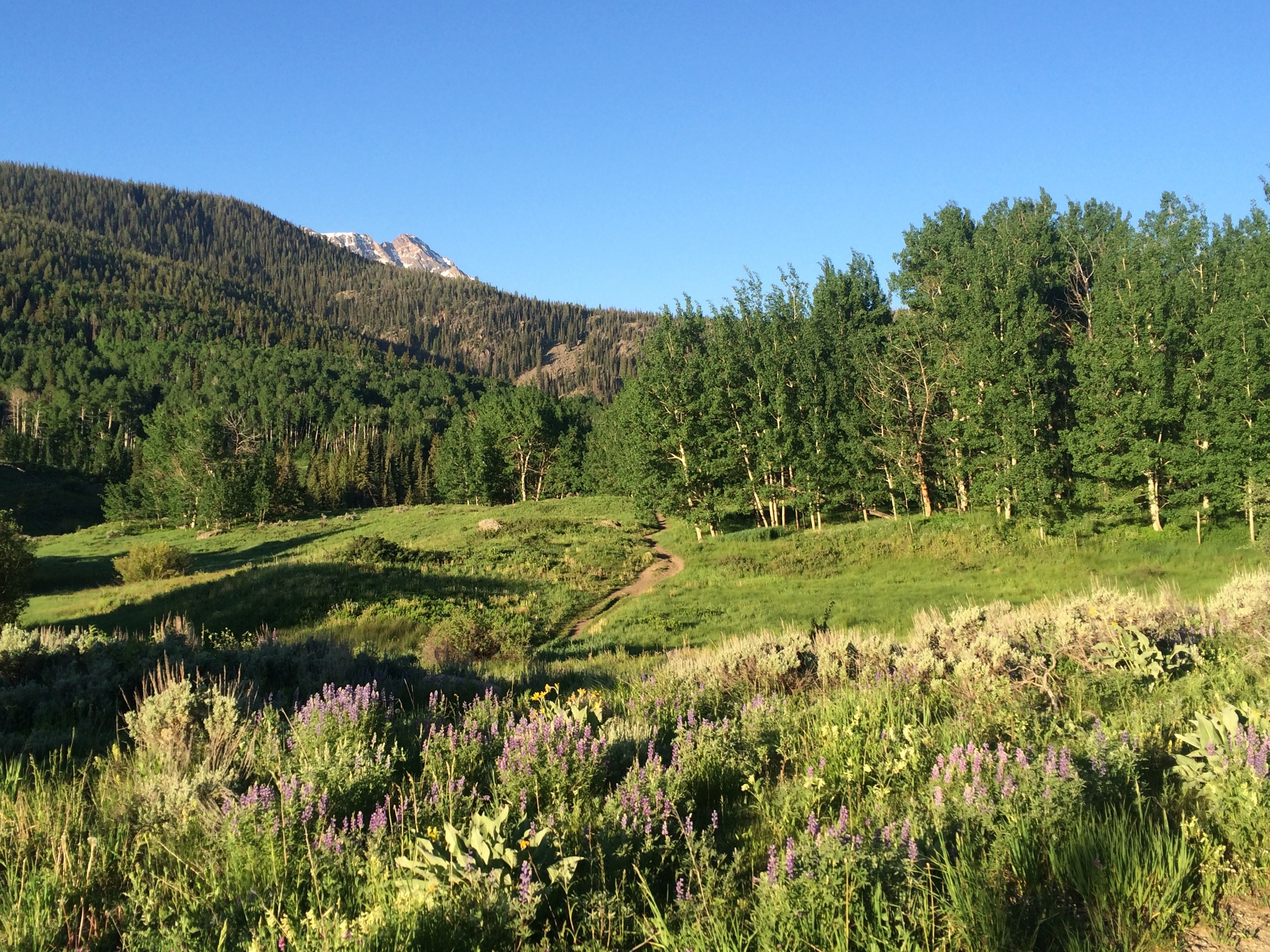 The Land, first published in 2001, is the powerful prequel to the other Logan family books (Roll of Thunder, Hear My Cry; Let the Circle Be Unbroken; The Road to Memphis; and four other short novellas). The book is set shortly after the end of the Civil War, and it follows Cassie’s grandfather, Paul-Edward (or sometimes simply Paul), from childhood through the early years of his manhood. Like Mildred Taylor’s other books, The Land, has been received with critical acclaim, and rightfully so. Taylor was the 2002 Coretta Scott King Awards Author Winner in 2002, making Taylor a four-time Author Winner, as well as a two-time Author Honor recipient. Taylor also received the Newbery Medal for “Roll of Thunder, Hear My Cry” in 1977. While book awards are not necessarily an indication of literary merit, we did want to note these awards because perhaps no living children’s book author deserves more recognition and admiration than Mildred Taylor.

Taylor’s writing marries historical fiction with autobiographical stories passed down to her by her father, uncles, and other family members. The Land begins with a “Note to the Reader” that speaks both to the part that Mildred Taylor’s own family played in writing these stories, and to the difficulty of the subject matter and the language used in describing it.

“All of my books are based on stories told by my family, and on the history of the United States. In my writing I have attempted to be true to those stories and the history. I have included characters, incidents, and language that present life as it was in many parts of the United States before the Civil Rights Movement. Although there are those who wish to ban my books because I have used language that is painful, I have chosen to use the language that was spoken during the period, for I refuse to whitewash history. The language was painful and life was painful for many African Americans, including my family.

I remember the pain.

The language of this book is indeed painful, as is the experience of reading Mildred Taylor’s other novels. However that pain was one that so many African American children – those born into slavery and those born almost a hundred years after slavery’s abolition – did not have the privilege of avoiding. We agree with Taylor that it is our collective duty as human beings to learn about and acknowledge the physical and psychological harm done to those children and their families, no matter how much discomfort we may experience during the process.

As a result, we highly recommend reading Mildred Taylor’s books in a group setting, whether that be at home as a family or in a classroom where they may be discussed. These are hard books to read, and being able to talk about them with others is essential to processing their contents.

The Land is appropriate for children ages 12 and up, but should by no means be limited to adolescents. Adults stand to gain just as much, if not more, from this book as younger readers do.

As is true for most children, Paul-Edward’s family life shapes his character, as well as his understanding of his place in the world. However, Paul’s family is not like other African American families that live nearby. He is the son of a black woman, and a white man and former slave owner. More remarkable still is the fact that his white father, Mister Edward Logan, not only recognizes his paternity, but also takes care of Paul as he does his other sons.

Before the Civil War, Edward Logan had taken Paul’s mother as his “colored woman” when she was still enslaved to him and she bore two of his children: Paul and his older sister Cassie. Edward Logan also had a white wife who died shortly after giving birth to a son around the same time that Paul’s mother gave birth to him. As a result, Paul has three white brothers and one biracial sister as siblings.

Like their father, Paul-Edward’s brothers recognize Paul and Cassie as their siblings and call them their own blood. As children, their activities and upbringings are all similar, although never truly the same. Paul’s father teaches him to read and write and requires that his brothers share their school lessons with Paul in Georgia, a place that had, like most southern states, previously passed anti-literacy laws for slaves during the decades leading up to the Civil War.

But as Paul begins to approach adolescence, his vision of his family as a single unit begins to disintegrate. His father sends him to school in Macon to learn woodworking so that he has a trade to sustain him throughout his life; Paul’s brother Robert, however, is sent to a different kind of school, much to the sorrow of both boys. But the boys grow apart, and it is clear that Robert and Paul can no longer enjoy the same relationship they once did.

Paul also struggles to accept that he is not welcome in his father’s house when other white families come to dinner, and to come to terms with the fact that his mother originally had no choice in her relationship with his father. After experiencing what feels like a betrayal at the hands of one of his brothers, Paul has a difficult conversation with his mother about all of these topics, where she tells him of her love for his father and makes it clear that she has had the choice to leave since slaves were emancipated but has elected to stay.

Eventually, after realizing the difference between his brothers and himself in a humiliating manner, Paul runs away. He is accompanied by another African American boy — Mitchell — with whom he has been allied since childhood, and after traveling about for work, they finally end up in the area of Vicksburg, Mississippi.

As it is evident that he is of biracial heritage, white and black people alike shun Paul-Edward. Other African American boys persecute him up for looking and “acting” too white, and white people reject him for looking too black. He is disparagingly called a “white n—–” by both parties. Besides his brothers and sister, Paul really doesn’t have friends as a child. He is quiet and introspective by nature, and spends a good deal of time reading — a pastime that does nothing to ingratiate him with neighboring black children, who take this as a sign that he believes himself to be superior to them. Eventually Paul forms an unlikely alliance with the most menacing of these boys, Mitchell, with Mitchell agreeing to stop hurting Paul in exchange for Paul teaching him to read and write. Gradually, over many years of this alliance, the two become best friends, not so much because of desire, but out of circumstance and necessity.

Still, even into his adulthood with Mitchell as an increasingly close friend, Paul is alone. He is unlike the men he works with in the turpentine or logging camps after he runs away, and he continues to be despised and mistrusted by people of both races. Paul-Edward is also set apart from others in his desire to someday own his own land. As an adult, Paul is alienated from his entire family except for his sister Cassie, to whom he writes regularly and his friend, Mitchell. As a result, he throws himself completely into his work and vision for the future.

The desire to own land

Paul grew up cherishing his father’s land and as a child, he expected to stay there always. But once he begins to better understand the reality of his relationship with white men, he becomes determined to find land of his own. Throughout all of his years of woodworking, working in various camps, and horse-racing, Paul saves his money carefully in a bank in New Orleans so that when the time comes, he will be able to put it to good use. When he and Mitchell first arrive in Mississippi, Paul finds an area of land that he falls in love with and asks about purchasing. The land isn’t for sale at that point in time, but the owner promises to let him know if he ever decides to sell.

In the meantime, Paul-Edward strikes a bargain with a white man by the name of Filmore Granger to log forty acres of his land in exchange for the property rights. This work is grueling, and it is all Mitchell and Paul can do to keep up, even with the help of some additional hired hands. But it quickly becomes essential for Paul to earn the rights to the Granger land, as Paul uses it in bargaining for several hundred acres of the land that he originally wanted. Paul is required to make steep monthly payments and a sizable down payment that he risks forfeiting if he cannot come up with the full sum of money in time. Paul gambles with everything he has to purchase The Land, but faces one cruel obstacle after another in his quest to gain its title.

A girl named Caroline comes into Paul’s life unexpectedly, and the part she ultimately plays in his life is unexpected, as well. Paul admires her boldness, the way she carries herself, and her determination to do what’s right. He eventually develops a close relationship with her family and even takes on her younger brother, Nathan, as a woodworking apprentice and helper on the 40-acre project. Paul feels at home among her parents and siblings in a way that he has not since he was with his own mother and sister back in Georgia. Although Paul plans to ask her father to court her, her heart has already been spoken for and he must resign himself to that fact.

There are many “plot twists” within the story, but those involving Caroline are worth saving, so we won’t say much more other than the fact that her character is a shining light both within the book, and within Paul’s life. Her portions are definitely something to look forward to!

Have you ever read The Land or any other book by Mildred Taylor? What was your experience of reading it?

We’ll also be writing about the Roll of Thunder trilogy soon, so be on the look out for more about the Logan family in the upcoming weeks! 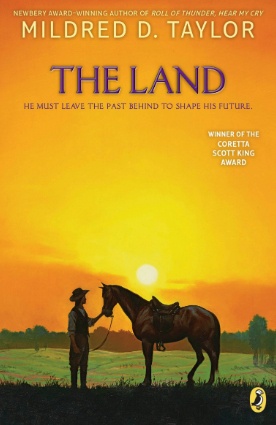 The Land by Mildred D. Taylor