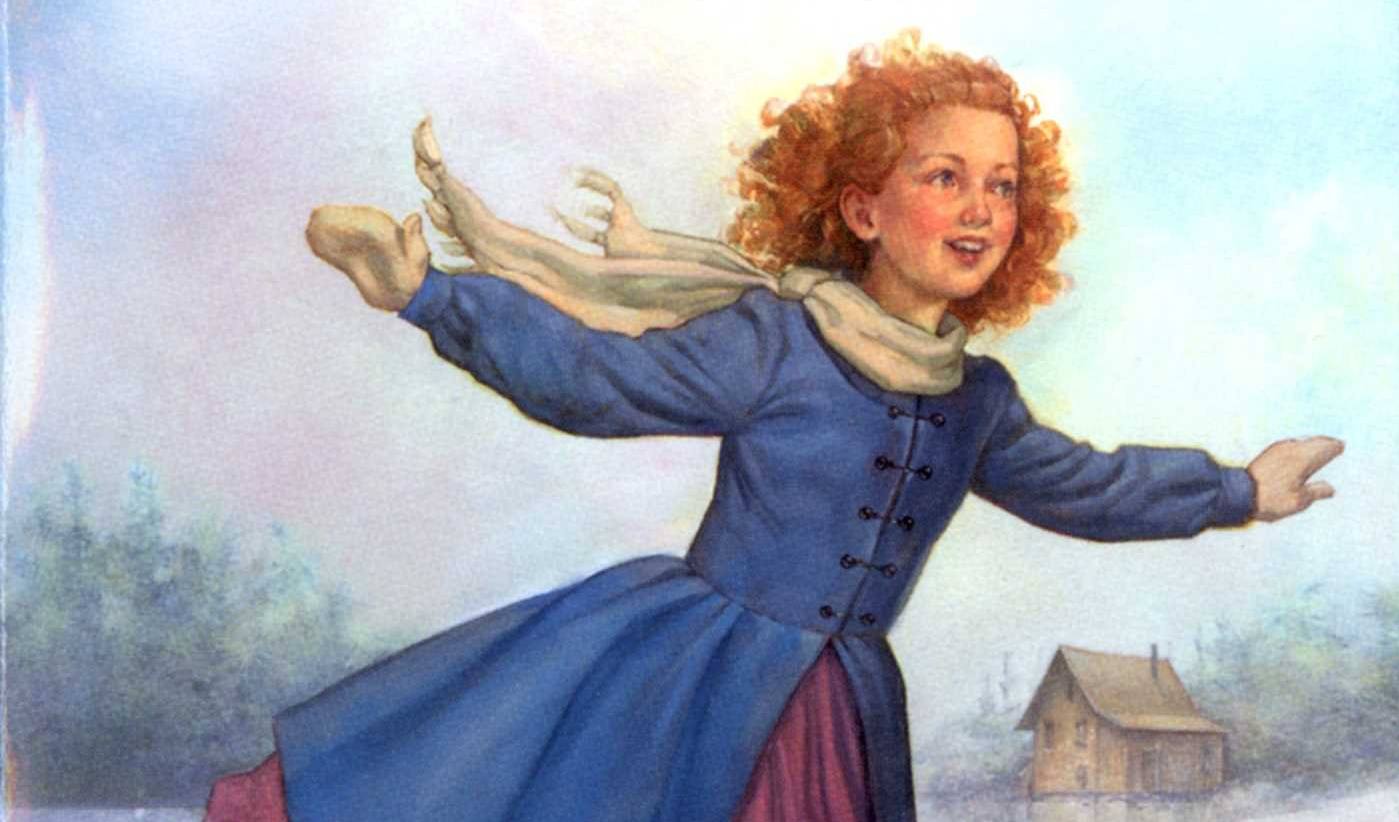 Caddie Woodlawn is a chapter book for high-spirited and adventure-loving children. The book is uproariously funny at times, but also contains its fair share of tender moments. It centers on a large pioneering family living in Western Wisconsin at the time of the Civil War. Caddie is 11 years old in the story, and has six other siblings, both older and younger.

The story is one that boys and girls will enjoy equally. Caddie herself is a tomboy, and runs rampant with her brothers, Tom and Warren, taking equal part in their adventures and often leading them. Of all the children, she is the one her Uncle Edmund selects to take pigeon hunting, and it is also Caddie who becomes an apprentice clock smith under her father’s direction.

Caddie’s upbringing is unusual in that her parents elected to raise her “as a boy.” When the family first moved west from Boston, both she and her sister Mary were frail and of a delicate constitution. After Mary died, Caddie’s father – John – begged Caddie’s mother to let him raise Caddie as a boy in order to make her strong enough to survive the brutal conditions of rural Wisconsin. Caddie’s mother agreed, and so Caddie was not raised “to be a lady” like her older sister Clara; she was instead given license to run out of doors, hunt with her brothers, and compete with them in all their games.

As Caddie grows older, she faces increasing pressure from her mother and from others outside the family to begin behaving like a little lady – a prospect Caddie dreads. She is through and through her father’s daughter and loves the independence afforded to her. This issue of becoming a lady is brought up continually throughout the entire story, with Caddie eventually realizing that there are aspects of being a lady that are more advantageous than she realized. She also discovers that she need not give up all her freedom, but that women have additional strengths that many men do not.

But, by the time that Caddie decides she is ready to learn more about quilting and housework, she and brothers have become so intertwined, that they decide they want to learn to do housework, too!

As settlers, the Woodlawn family and their pioneer neighbors have frequent encounters with Native Americans. One Native American in particular – Indian John – develops a strong relationship with the Woodlawn family, and with Caddie especially.  When he goes away for a time, Caddie is given charge of his dog and his father’s scalp belt – a relic that the Woodlawn children present to their peers in an enterprising and financially rewarding scheme.

Parents should be aware, however, that Native Americans are frequently referred to as “savages” in the story, and that the interracial children of a white man and Native American woman are sometimes called “half-breeds.” The issue of irrational fear of Native Americans by white settlers is addressed in the book, with the author clearly defending the position that the settlers were wrongly xenophobic, but the language used to describe Native Americans is still reflective of older attitudes and prejudices. Accordingly, parents may want to read these sections of the book in advance in order to be prepared to discuss them with their children.

This book is filled with memorable episodes that set our family howling when we read it aloud together, years ago. Poor Warren’s struggle to memorize his poem of “if at first you don’t succeed, try, try again” had us all in tears and left us a very unusual aphorism about chicken fricassee that I don’t think any of us will ever be able to forget. Cousin Annabelle from Boston’s visit to the Woodlawn family is similarly memorable, with all 88 of her buttons befalling an unfortunate fate at the hands of the Woodlawn’s sheep. Caddie herself has quite a temper and incites a stand off at the schoolhouse between the school teacher and the oafish Obadiah Jones by bringing a ruler down on Obadiah’s legs which he had ungraciously propped upon a desk.

This book is set earlier than Little Britches, but young readers who enjoyed that series will likely enjoy Caddie Woodlawn as well (and vice versa). It is intended for children ages 8-12 and makes for a boisterous family read-aloud. Young readers will also be glad to discover that Carol Ryrie Brink followed Caddie Woodlawn with a similarly delightful sequel – Caddie Woodlawn’s Family (originally published as Magical Melons).

Have you ever read Caddie Woodlawn or any other book by Carol Ryrie Brink? What did you or your children think of it? Do you remember any of the comedic episodes that we mentioned here, or have another favorite episode that we omitted? Please let us know in a comment below! We always enjoy hearing from readers. 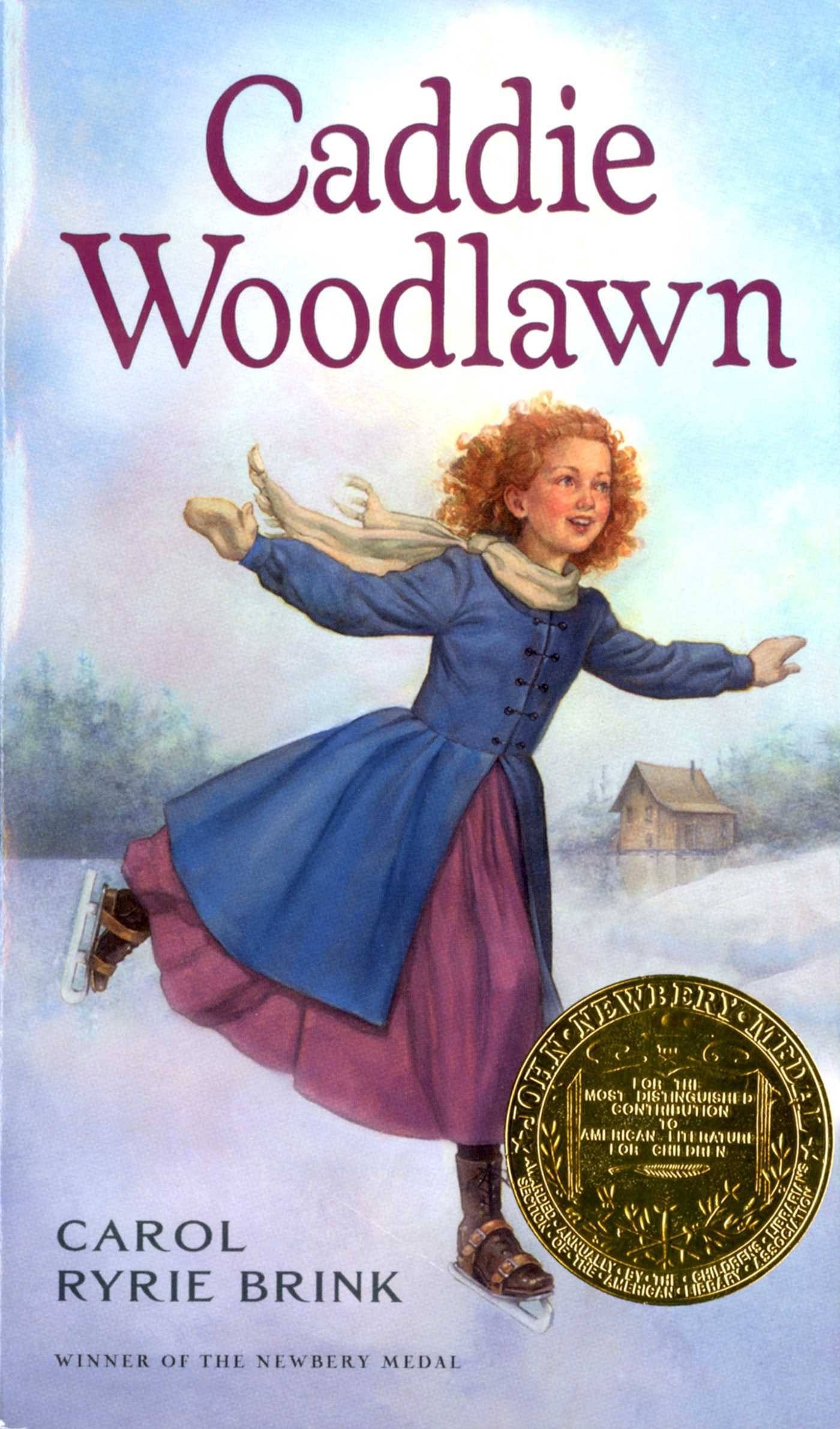 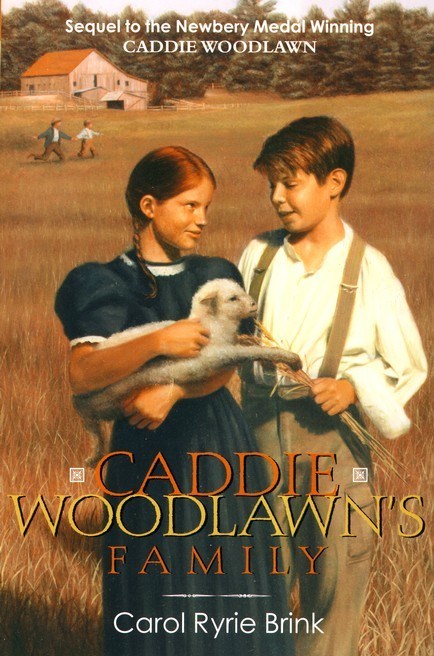