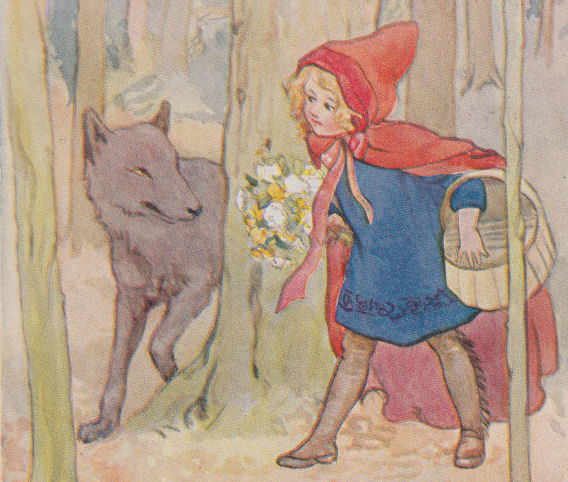 In our family reading over the years, we noted that a handful of stories stood far above the rest in almost every collection of fairy tales we read aloud together. We often wished that we had all the best stories from different collections together in one volume. So, after my children were all grown, I decided it was finally time to begin the project that had been in the back of my mind for two decades: to create a series of anthologies of the very best fairy tales to be enjoyed at different ages.

In a process that grew far beyond our original plans and took years to complete, this series became our Fairy Tales Too Good To Miss collection. Although we initially envisioned creating a single volume of 36 stories for each age, we found that there was more than enough material to prepare a second volume for each age, too! So ultimately, we compiled 12 volumes of stories, with 2 volumes for children of each age between years 5 and 10. (That’s 432 stories in all!)

In this rest of this post, you can read all about our quest to find the very best stories – or Fairy Tales Too Good To Miss – and what we’ve learned about selecting fairy tales to read aloud with your children along the way. Even if you don’t ever read our collections, we trust that the sources and guiding principles we used will help you in your own search to discover exceptional fairy stories from around the world.

What criteria were used for selection?

Many years ago at my son’s Waldorf School, Joan Almon, coordinator of Alliance for Childhood and retired Waldorf kindergarten teacher, gave a presentation on choosing fairy tales for different ages. That night she not only shared a list of fairy tales suitable for different ages, but also offered some guiding principles that have informed my work in this area ever since. Those principles are as follows:

Another one of the criteria we used in selecting fairy tales for inclusion is that they should be wholesome stories, in which good is rewarded and evil punished. Several exceptions were made for well-known tales such as Puss in Boots and Big Claus and Little Claus. However, such stories were deliberately placed in collections for older children when discernment about good and evil is keener.

Where do the stories come from?

We found an invaluable resource in STORIES: A List of Stories to Tell and Read Aloud, a pamphlet compiled by storytellers at the New York Public Library, as well as in similar volumes from the Carnegie Library in Pittsburgh and the Enoch Pratt Free Library in Baltimore. Collectively, these sources listed hundreds of the fairy tales, fables, and legends that were beloved by storytellers and audiences alike. The stories we ended up selecting came highly recommended by scores of seasoned storytellers, and in this project, we feel privileged to have stood upon the shoulders of giants.

Well over half of the fairy tales in this series were collected in Europe in the 19th century by folklorists such as the Brothers Grimm (German), Asbjornsen and Moe (Norse), and Joseph Jacobs (English, Celtic), with a smattering of stories coming from Japan and India. The earliest were those published by Charles Perrault (France) in 1697. A surprisingly large number of the stories are literary fairy tales, including stories from Hans Christian Andersen, Howard Pyle, Dinah Maria Mulock, John Ruskin, George MacDonald, Andrew Lang, Wilhelm Hauff, Frances Browne, and Rudyard Kipling.

How are the collections illustrated?

Each volume includes both color and black and white illustrations, and the illustrations in the Fairy Tales Too Good To Miss series are as diverse and captivating as the stories themselves. In preparing this series, we pored over illustrations from all around the world, with many illustrations coming from the U.K., some from Germany, and even one from South Africa, but with the bulk originating in the U.S.

How do I know which age each book is intended for? And what if my child is developmentally out-of-sync with his age?

The suggested ages are given in the description of each book but not in the titles or anywhere in the volumes themselves, so you can move through them at a pace that suits your child and their individual reading and listening abilities, and they will be none the wiser.

Is there any difference between the two volumes for an age?

No, there is not. One might assume that the best stories are all in the first volume, with the second containing just the “left overs,” but this isn’t the case at all! We purposely put some of our very favorite stories in each volume, and arranged the stories in a careful sequence so there is a good variety for those reading straight through.

When is the best time to read these stories?

With 36 stories in each volume, there is a story for each week of the school year, beginning in the U.S. in late August and continuing until early June. The stories that have a strong seasonal component are sequenced so they will be read in the proper season (at least in the northern hemisphere), but if you’d prefer to jump around, any story may be read at any time!

Where and in what format are these collections available?

All 12 volumes are available for purchase as ebooks at Yesterday’s Classics. Print editions are not currently planned.

We hope you have as much enjoyment in reading these fairy tales as we had in putting them together! 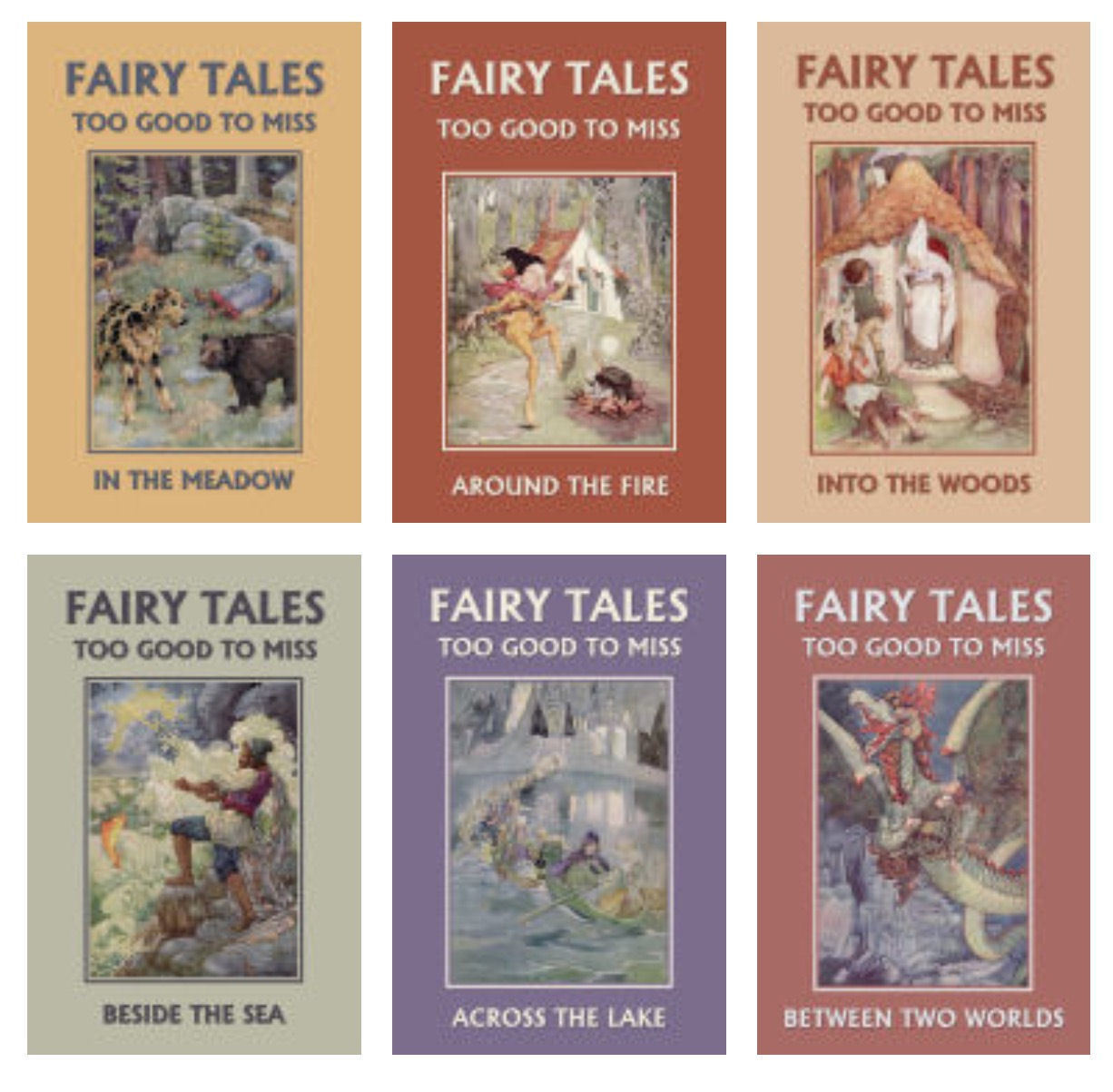 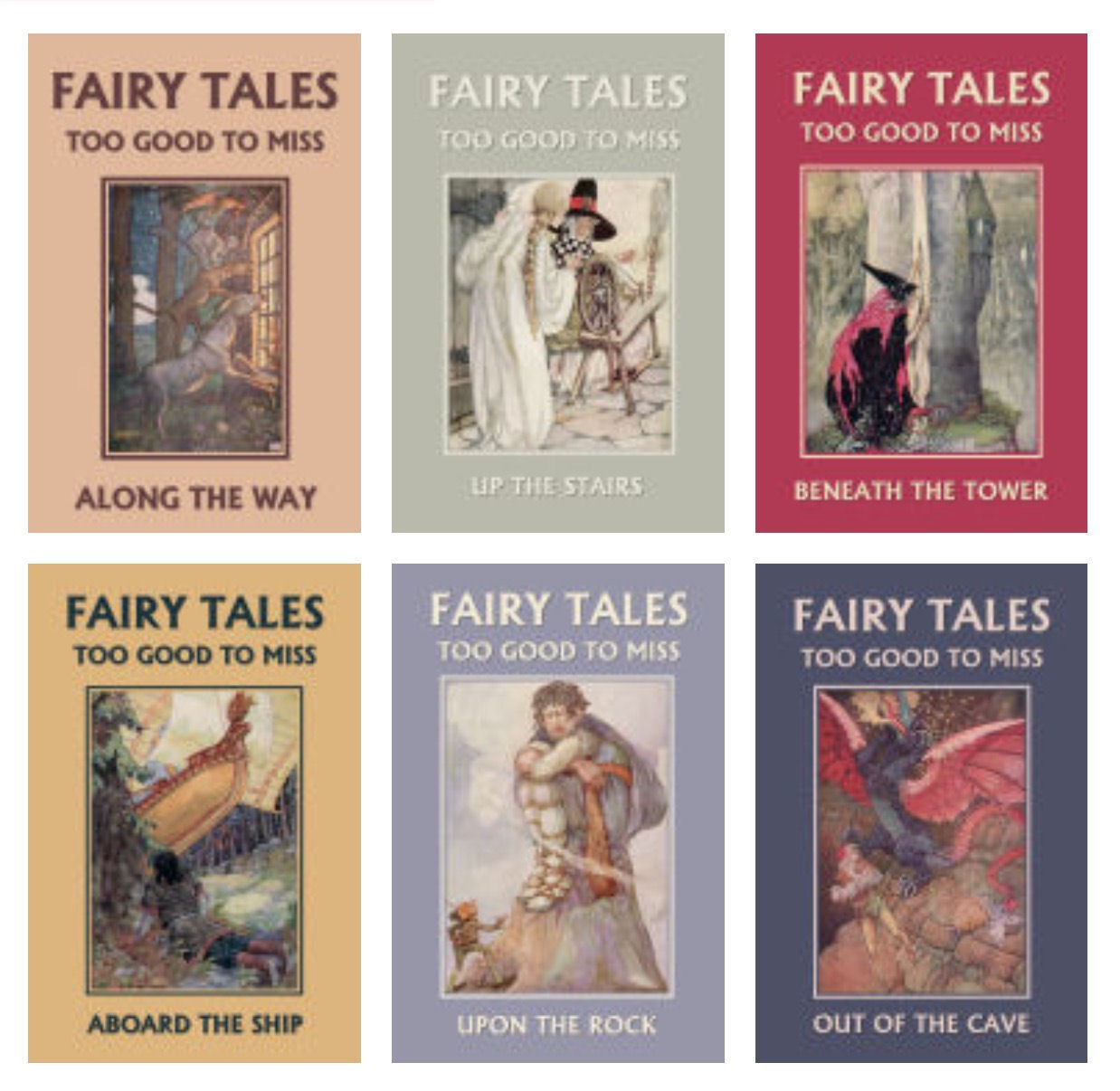