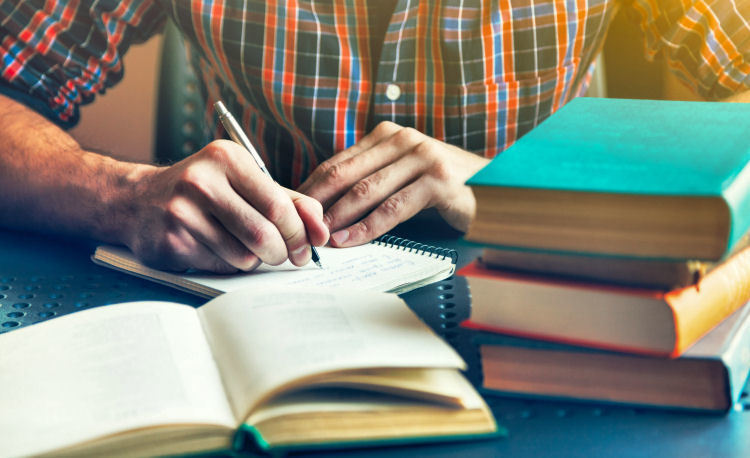 Our next recommendation for helping students organize their writing is to have them write beyond the traditional argumentative essay. While knowing how to organize essays is important, we also recommend that students craft structured pieces outside of formal essays. These other forms may be less academically traditional, but they require no less care and attention. And even though these creative assignments will likely require at leastas much organizational effort on the part of the student, this sort of writing often feels much more open and accessible to middle and high school students.

This kind of project gives students the opportunity to learn about a form synthetically by working through it for themselves. They may also have the chance to approach their work with clearer vision.  (Ideally that vision will be unclouded by any of the frustrations that often dog the argumentative essay.) I often find that students resent working with a thesis and topic sentences because it feels stifling and even prefabricated. With a more “creative” assignment, however, they can venture into – what is to them – a wide and yet unfamiliar territory. Experience working within different modalities can also improve a writer’s organizational dexterity. Eventually they will learn to use the restrictions of a structure to their advantage.

What are some examples of writing beyond the essay?

Instead of assigning students 5-paragraph essay after dreaded 5-paragraph essay, consider implementing a new kind of assignment. Ask them to write an additional scene for a play, a newspaper article, legal briefs, or a radio broadcast. Other ideas include political speeches, a letter from one character to another, a debate between characters, or something else altogether!

To give you more ideas: when I was in 10th grade, I remember writing metered monologues for an English class. These monologues were from the perspectives of supporting characters in The Odyssey such as Telemachus and Nausicaa. In order to write them, I had to structure my writing carefully, with a clear sequence to the thoughts. Each monologue included an opening, a progression of ideas, a climax, and then a resolution. Not to mention the challenge of writing in dactylic hexameter!

I once wrote (and delivered!) a sermon on the Parable of the Sower while studying the Gospels in high school. It was so different from writing an analytical essay, and in many ways more challenging. But, I also found myself much more eager to write it and to think through my argument carefully. It was intriguing simply because it was something other than what I was accustomed to writing. The form was both well known and simultaneously so foreign to me. I had heard many sermons before, but never once attempted to write one prior to that assignment. It was an extremely demanding yet exciting project.

How do I incorporate this sort of project into my lessons?

You can certainly ask students to write on more focused prompts, too. As an English teacher, I once had 7th graders draft short “legal briefs.” The topic was Mark Antony’s guilt or innocence in regards to the assassination of Caesar while reading Julius Caesar. The students argued whether or not Antony was guilty in Caesar’s death, essentially answering a yes or no question. The students loved this particular assignment, and approached their pieces with remarkable care and creativity.

Before the 7th graders wrote their legal briefs, we did create one example as a class on a book we had read earlier in the year so the students had an idea of what to aim for. I also gave them specific guidelines as to the number of reasons and textual references they would each need in their individual brief. They knew that they would also need to write a compelling opening to their argument, as well as a sound closing. The most thorough and convincing brief on either side of the argument would be read aloud in a mock trial – an extra incentive to do well!

Please let us know in a comment below what your most memorable non-essay writing assignment has been to date or what unconventional writing projects you hope to undertake with students in the future!